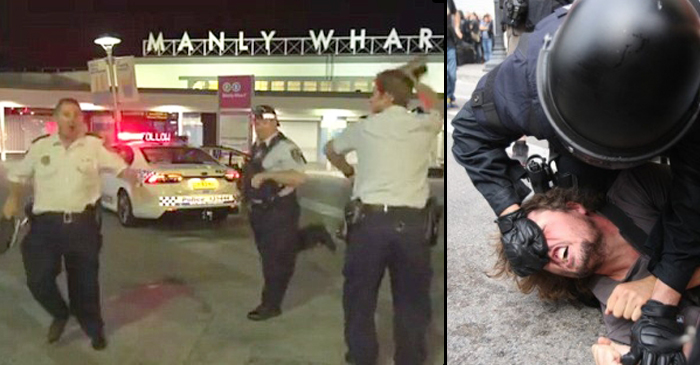 It started as a viral video challenge that started as a police recruitment strategy by some rhythmic Kiwi police officers dancing to the groovy sounds of My Boo by the Ghost Town DJ’s using the hashtag #runningmanchallenge.

The original challenge video, initially made popular by American sports stars and teams who posted videos of them performing the dance, was filmed by New Zealand police, and featured eight dancing officers, who then challenged various state police forces around Australia, as well as the iconic NYPD and LAPD to film their own version.

The NYPD was quick to respond, and as expected, it took a few more days for Australian police forces to get clearance from their highly conservative superiors to take up the challenge.

Within nearly a week, there was responses from the relatively overweight Queensland Police service, followed by the timid NSW Service, the very excitable (and underwater) NT cops and lastly, the woefully uncoordinated Tasmanian service.

The videos have seen our police officers beamed into living rooms around the country, presenting themselves as loveable public servants who aren’t afraid of having a laugh.

So with this new online trend nearly behind, The Advocate asks this question:

When considering their successes with shareable online video content, are Australian cops cool?

“The bottom line is, these people are still going to book you for speeding, and enjoy doing it”.

“What we have found is the type of cop that puts their hands up to be in a video like this is probably the least cool of them all, in Australia anyway,”

“Those Kiwi cops… Christ, they had rhythm. But the Australian ones were a bit behind the 8-Ball”

Professor Goldman also points out that the concept of dancing and having fun is predominantly restricted by police in Australia.

“Where is this #Runningmanchallenge when they 5-0 are trying to bust down the door during kick-ons?

“They certainly don’t like dancing when they are dragging patrons out of pubs in Kings Cross at 11pm. They also don’t like being filmed doing it,”

Goldman says this kind of behaviour is more likely from young male cops than doing Janet Jackson dance moves in the middle of the street.

“The fireys are naturally sexy and cool, but thats because they haven’t chosen a career that allows them to tell people what to do their whole life,”

“The bottom line is, cops aren’t cool. Especially when considering the homophobic and racist vitriol that has been directed to [NSW Greens MP] Jenny Leon by police on social media over the past month,”

“Or the fact that a male police officer from QLD was stood down yesterday over domestic violence allegations and accusations that he had accessed information on work computers without an official purpose. ”