Cowboys superstar Johnathan Thurston has been crowned “King Of The North” in a sacred North Queensland ceremony yesterday morning.

Wearing his iconic blue and yellow headgear, the small-town hero was blessed by none other than Northern Australian MP, Bob Katter, in front of over ten thousand screaming fans outside of the Townsville airport. 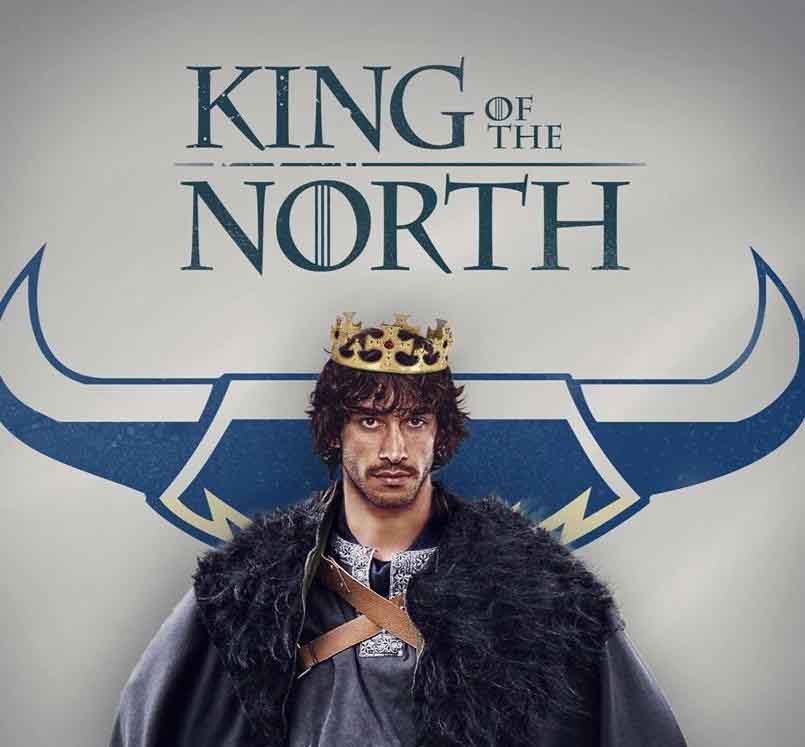 On a red carpet rolled out specifically for the royalty, Mr Katter placed the blade a sword on the shoulder of a kneeling JT. Surrounded by high-ranking North Queensland nobility, he began the service.

“You stand before me as well-noted contributor to community, camaraderie and the greatest game of all. Rugby league football,”

“Through powers vested in me by the republic of North Queensland, I now crown you King Of The North,”

“Now go and give it to those bastards from Brisbane!” Katter roared, as the airport PA system began blaring American Kid Rock’s iconic sing-along anthem, They call me cowboy.

The highest honour for any civilian resident north of Gladstone, it is believed that Mr Katter had sought to bestow the title to Thurston in 2013, following a match-winning performance that sealed eight consecutive State Of Origin series win for Queensland.

The North Queensland Cowboys are currently in the hostile state of New South Wales, as they prepare to win their first NRL premiership.

The Cowboys team bus took to the streets of Townsville for an early morning farewell tour past waving fans before the players were cheered by hundreds more at the airport ahead of their flight to Sydney.

“It’s too deadly! To be given this title only days before the big match, It’s a real honour” said an emotional Thurston.

“We thought there’d be a big turnout, but it still surprised a few of the guys.”

“Mr Katter knows I wear this with pride, and I have informed him that when we return home with The Trophy, the first thing we will be doing is joining him on his push for succession,”

“North Queensland is not just different state. It’s a different country. Now watch these Cowboys break in a few Broncs”

The huge farewell was in contrast to the handful of fans at Brisbane airport a day earlier as the Broncos snuck away quietly to prepare for Sunday’s grand final clash at Sydney’s Olympic stadium on Sunday.