SOCIAL MEDIA and parts of Nigeria are on fire today as news of Jennifer Lopez’s Golden Globes “nip slip” surfaces.

Also, France is still in shock after the deadly shootings in Paris which left 17 people dead.

But there has been another shocking death toll in recent days with reports of hundreds, possibly thousands, of people massacred by Boko Haram.

Stories surrounding the graphic extent of the violence has been told by survivors, which have rattled authorities – who say the brutality and callousness of the attacks is unprecedented.

The death toll in Nigeria is beginning to skyrocket – keep reading if you want to see half of J-Lo’s left nipple. 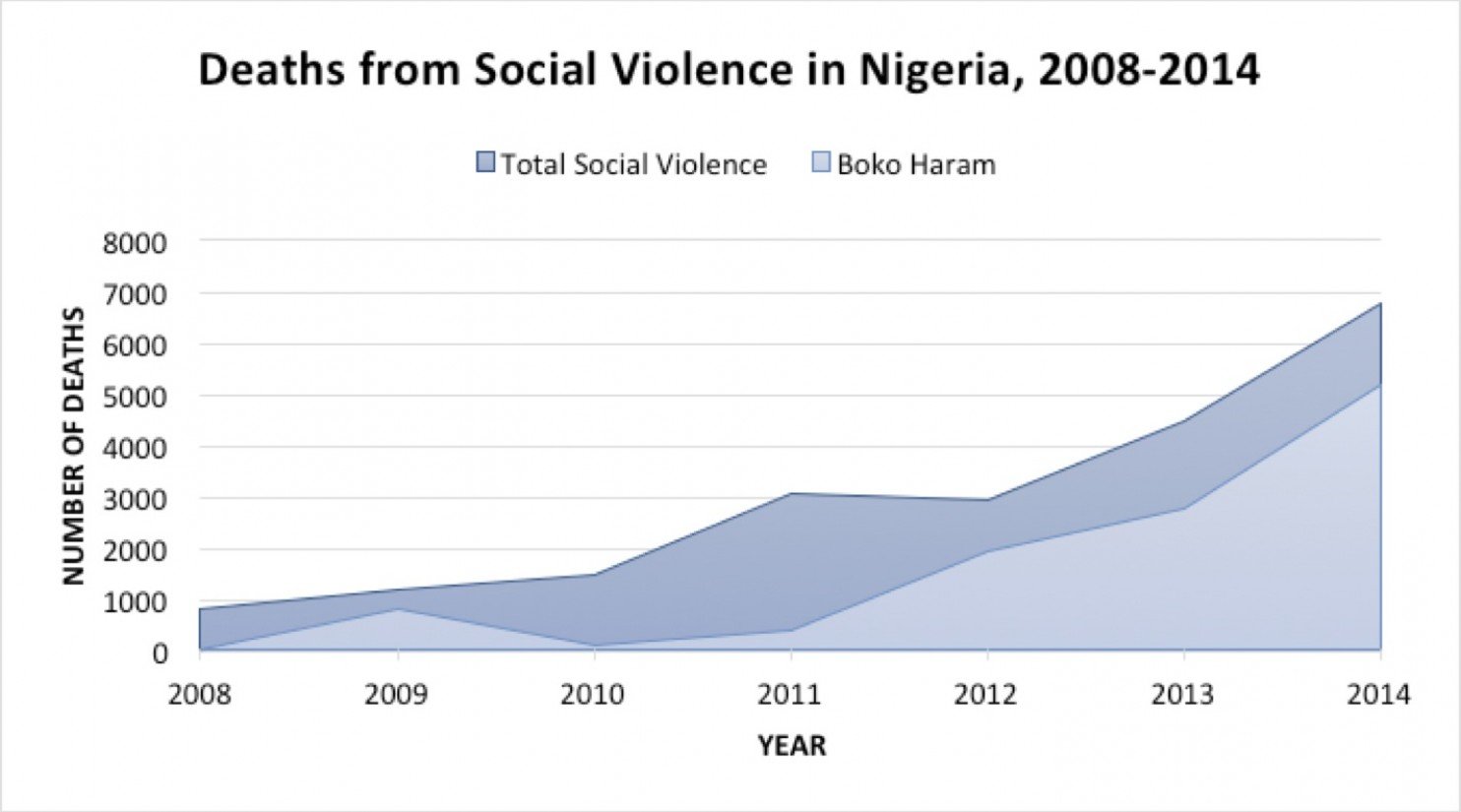 Here’s a breakdown of the numbers:

In the previous week – 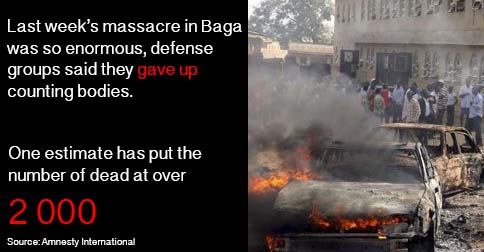 Muhammad Abba Gava, a spokesman for a defence group that fights Boko Haram, said they gave up on trying to count all the bodies.

“No one could attend to the corpses and even the seriously injured ones who may have died by now,” he added. 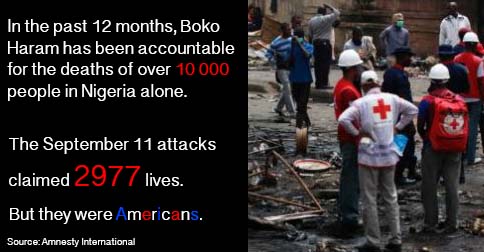 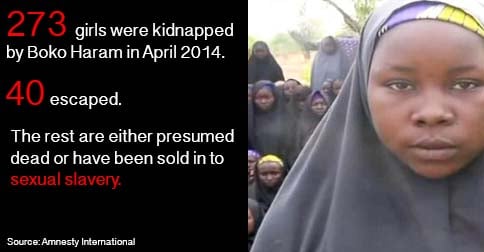 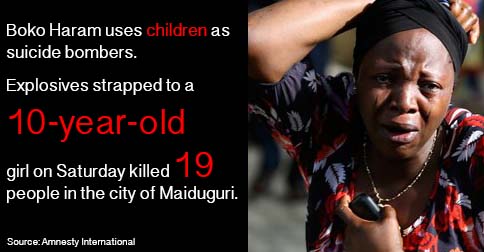 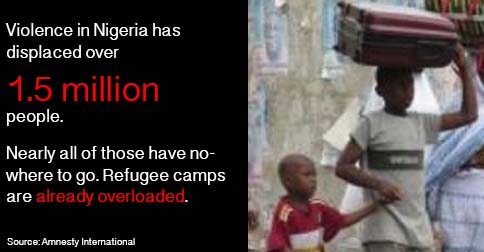 After tricking people into thinking they were soldiers who had come to protect them, they opened fire – chasing those who fled on motorbikes.

It was too dangerous for men to go back to the village and young women risked abduction, so they sent elderly women to bury the dead.

“The women went around with their hoes and dug shallow graves where they found the corpses,” a survivor said.

Neither the government nor the military said a word about the attacks until 6 June.

These situations have triggered a refugee emergency of biblical proportions as people flee the violence:

If the primary focus of all the political and social media activism was keeping people safe from Boko Haram attacks, the situation in north-east Africa would improve considerably.

But it is not and that is the tragedy.

As the killings continue, the keyboard campaigning goes up another gear each month.