IF YOU THINK THERE’S ANY bad blood inside the Liberal Party, think again.

After months of radio silence, Abbott Treasurer Joe Hockey has come in from the cold on the last day of campaigning and officially thrown his support behind Malcolm Turnbull.

Tensions between Hockey and Turnbull have thawed recently as the North Sydneysider was given the honour of becoming the next ambassador to the United States – a role that’s traditionally given to a politician who should’ve been a prime minister.

Speaking today from the US capital, Hockey said he’s come to like the prime minister lately.

“I was a bit off the cuntbag to begin with,” said Hockey.

“Tony was going to get whipped at the next election, then it was going to be my turn to be captain-coach. Then this grey-haired banker comes swanning in and fucks everything up for me,”

“But that’s all in the past now. Fuck it. Cuntbag isn’t that bad, I guess. I’d rather have a bloke who knows his way around chequebook than some union stooge who got his media training at NIDA. Listening to Shorten speak is like being waterboarded with McDonald’s soft serve.”

As the prime minister is refusing to address any questions from the media today, The Advocate wasn’t able to receive any comment on the political olive branch.

However, he did return fire. 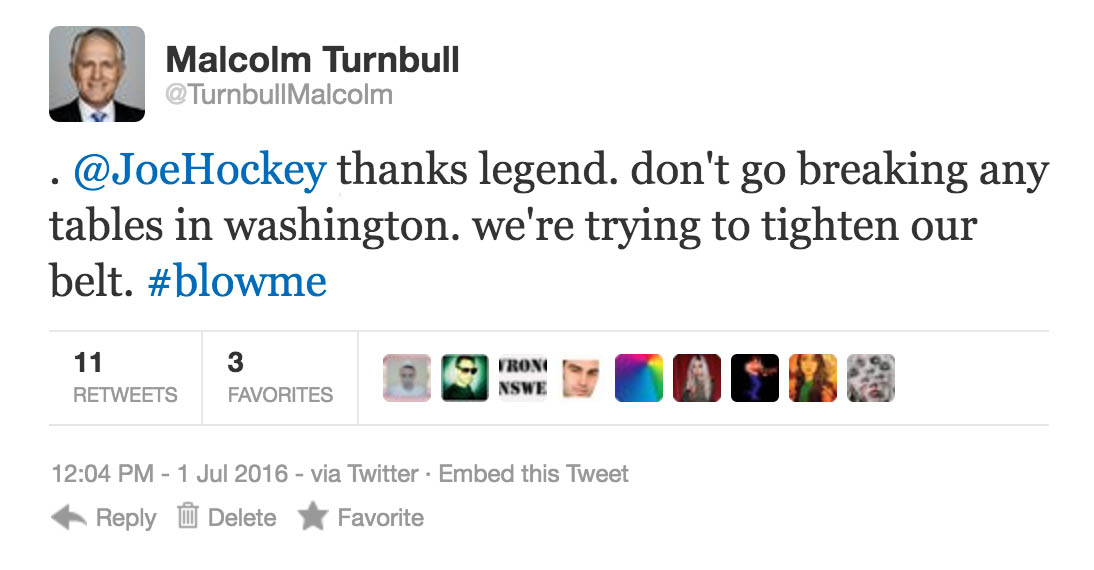