After scouring the country for Australia’s most Ordinary Rig, swimwear brand Budgy Smuggler has proven that the husky gent is far more romantically attractive than the Wahlberg-esque Calvin Klein model.

Hundreds of beautiful women have camped out overnight to get their hands on the 2nd release of tickets to Australia’s first ever supersize male runway show, to be hosted at the Ivy Pool this weekend.

“The moment I saw those big units on the Today Show, I thought… There’s no way I am missing this” said one beautiful woman, by the name of Sandra Verone. 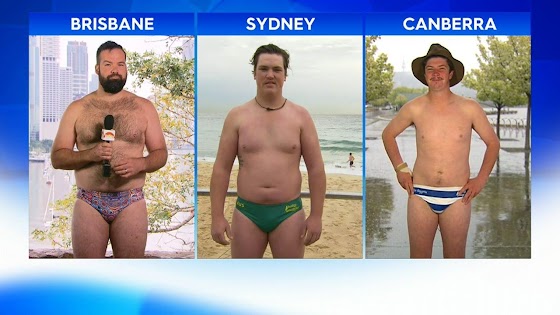 “The husk, the pale white skin, the heavy breathing. I love a voluptuous man,”

Another beautiful woman, who was about 20 places behind Sandra in the line, says she hopes the tickets don’t all sell out.

“Goddammit. This is so stressful. My friends and I have been out here all night,”

“The Dadbod. It does things for me,”

Hosted by Betoota’s very own Clancy Overell and Errol Parker, the runway gala will showcase iconic swimwear brand Budgy Smuggler’s effort over the last few months, as they worked to find and name Australia’s Most Ordinary Rig.

The ten finalists will be trotted out across the Ivy Pool in a similar fashion to a Victoria Secret’s fashion show. Only this time, we will be celebrating their ordinariness.

“I’m very honoured to be listed as one of the ten Budgy Smuggler fallen angels says finalist Mignon Findlay.

“I’ve worked hard for this,”

This coveted title will see the winner win 10 pairs of custom smugglers with pictures of themselves across the smugglers and the title of Australia’s Most Ordinary Rig.